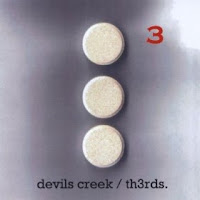 Th3rds gets off to a rousing start with the driving “Prove Me Wrong,” and continues with “You Won’t Break.” Both songs rock hard with a great groove and are the type that get your feet moving. The bands sound packs quite the punch and Rosewall’s gritty vocals fit perfectly.

While Th3rds only features seven songs, there is enough here to wet your appetite for hard nosed blues rock. Devils Creek are highly influenced by Rory Gallagher and get the 70’s type sound down well. Th3rds is a fun album from Devils Creek and highly recommended for any blues rock fan.